Grassroots Movements: How Your Association Should Get Involved

Regardless of political affiliation, the 2016 election played on the heartstrings of the American people. These emotions have given rise to several grassroots political movements, such as the Women’s March on Washington and those surrounding immigration and healthcare issues. With thousands of people participating in these movements across the country, as associations we must at least ask ourselves the question of whether or not our association should be involved with those movements that impact our members.

On the surface, it seems logical to leave grassroots movements to the people to maintain the “ground up” rather than “top down” approach, but if we took that approach, we would be ignoring the fact that associations are the glue that brings people together around common areas of interest (often because of politics).  The collective voice of the people will always be essential in getting the ear of policymakers, but associations can and should contribute. There are several areas where associations can lend their expertise to continue moving an issue forward.

Organization: An association’s largest resource is its members. Utilize tools such as online communities and social media to direct members to various opportunities, tell them where to be and when, and provide links to your association’s position.

Dissemination: Associations don’t have to create a grassroots movement, but they can—and should—share information about things going on within the community that would directly impact members. Are there local examples of struggles in the field that need attention? Share those stories. Is there a bill that impacts your membership that needs support? Make sure your members are updated so they know where their help is needed and how they can best deliver it.

Bipartisanship: It is easy for an individual to bring personal political beliefs to an issue. Associations can provide balance to the conversation by talking about the issue rather than the politics behind the issue. By remaining neutral and focusing on facts, associations can inform without getting personal or opinionated.

Follow Up: Sometimes grassroots movements fail because there isn’t a clear end game. There can be a lot of emotion but a lack of a solution. As the subject matter experts in their fields, associations have an opportunity to lend their expertise to the development of an end goal and strategies to complete that goal. Possible mechanisms for follow up include conducting think tanks or focus groups as well as bringing together likeminded groups to hone in on next steps. These actions inspire engagement and effort by all interested parties to drive success.

While involvement in grassroots movements is a great way to engage members in an issue, it’s important that associations take into consideration the political climate as well as how participation matches to their strategic plan. Keep your focus on the “why” behind what you do and the facts of the issue at hand to help encourage level heads and engaged members working toward a common goal. 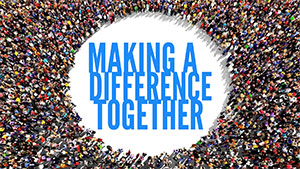 When President Trump issued the first iteration of an executive order temporarily banning travel to the United States by refugees and immigrants from certain countries, the American Society of Pediatric Hematology/Oncology (ASPHO) wasn’t initially compelled to become part of the discussion. However a couple of inquiries from members ignited a conversation about the impact of the executive order on travel to and from the ASPHO annual meeting. This led to a broader discussion about the impact on the practice of medicine and the ability to conduct cancer and biomedical research. Too large of an issue for ASPHO to tackle on its own, they joined forces with the American Society of Hematology in a statement with several other organizations, all dedicated to improved care for patients with cancer and blood diseases. This action allowed ASPHO to have a position it could point its members to as well as the support of other organizations on a highly-contentious issue that could spur political ramifications. While small, this effort assisted ASPHO in joining the larger dialogue about immigration reform, while maintaining its focus on pediatric hematology/oncology.