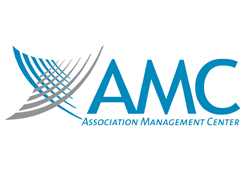 Scott Engle, AMC CEO, will transition out of his role as CEO in April 2020 and assume a new role as chair of AMC’s Board of Directors. Scott, whose parents Art and Dagny Engle founded AMC in 1974, has been serving as CEO and leader of AMC’s Leadership Team since 2017. The Leadership Team, composed of 10 senior-level executives with decades of experience in association management, leads the strategic direction and growth of AMC and its client partners.

Scott joined AMC in 1981, after completing a bachelor’s degree at Miami University. Since 1998, he and his brothers Jeff and Mark have been the second generation of the Engle family to lead AMC. During his 38 years at AMC, Scott has served as chief staff executive for a number of client partners, including the Association of Rehabilitation Nurses (AMC’s first association partner), Hematology/Oncology Pharmacy Association, Society of Cardiovascular Anesthesiologists, and American Society of Pediatric Hematology/Oncology. Scott has also worked closely with other client partners and AMC staff to ensure they have the resources and support needed to advance clients’ needs, goals, and missions.

Beginning April 1, 2020, Steve Smith, CAE, vice president of client relations on AMC’s Leadership Team, will become CEO of AMC. In addition to his work as vice president, Steve also serves as CEO of the American Academy of Hospice and Palliative Medicine (AAHPM), AMC’s largest association partner. In his role with AAHPM, Steve leads a team of nearly 20 professionals who have guided the Academy through a decade of unprecedented growth and development.

“When Art and Dagny started AMC 45 years ago, they never dreamed it would be supporting the mission of more than 30 incredible associations. They instilled values on which strong, trusted partnerships were built and respectful, caring relationships with association partners and staff thrived. It  was a tremendous privilege for Jeff, Mark, and me to work with them and see how their vision and dedication has led to the thriving organization AMC is today,” said Scott Engle, AMC CEO. “I look forward to my new role on the AMC Board and seeing Steve, along with the Leadership Team, lead the day-to-day operations of AMC. Steve is an exceptionally skilled leader whose passion for serving our association partners will ensure they continue to grow and thrive.”

Both Scott and Steve will continue in their current roles through the end of the year, when transitional activities will begin. Recruiting has begun for Steve’s current position as CEO of AAHPM.

Steve has more than 25 years of progressive experience in healthcare association management. He started at AMC in 2007 as an account executive and CEO of AAHPM. In 2016, Steve joined the Leadership Team and was promoted to vice president of client relations while continuing to fulfill his role with AAHPM. In addition to those two roles, he is also the executive sponsor of AMC’s Diversity and Inclusion Advisory Group.

“It is an honor and a privilege to have the opportunity to continue building on the strong client-focused foundation the Engle family has so successfully established at AMC. I am excited for this new chapter and look forward to collaborating with our many talented and dedicated association partners and staff,” said Steve.

Steve earned both a bachelor’s and master’s degree at Illinois State University, where he currently is president-elect of the Alumni Board of Directors. He also currently serves as president of the American Association of Medical Society Executives.