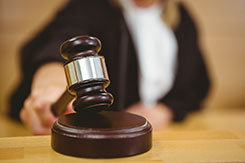 Motion to Dismiss: Robert’s Rules of Order in Board of Directors’ Meetings

It happened again. I was participating in a board of directors’ meeting and directors were discussing a critical issue. Discussion was flowing. Directors were offering good ideas, observations, and opinions, and suddenly everything stopped. This board was trying to run their board meeting using Robert’s Rules of Order, and one of the directors had just made not one, but two motions, one of which he explained “...was a main motion and the other one a subsidiary motion.”

Most of the directors froze in place; several of them looked up at the ceiling and squinted their eyes to help them concentrate. They were no longer discussing the critical issue at hand. Instead, they were wondering what a “subsidiary” motion was, what they should do next, and whether they should risk admitting their confusion.

Rules of order that were designed to facilitate discussion and decision-making had just done the opposite. The rules had interfered—stopped, actually—a very good discussion. They had also made a room full of very smart people feel not very smart and, in some cases, intimidated.

I’ve seen this happen many times. It is frustrating to see new chairs and directors be so intimidated by something that is so self-inflicted, unnecessary, and misunderstood.

Robert’s Rules of Order is the most commonly used manual of parliamentary procedure in the United States. It is used to help govern the meetings of many kinds of organizations, including associations, charities, homeowners’ associations, and school boards. It is also just one option for how to run meetings and, in my opinion, is used much too often.

The Emperor Has No Clothes

In my experience, the frequent use of Robert’s Rules of Order in board meetings can often hide or mask serious board dysfunctions by facilitating a false sense of professionalism or effectiveness among the board or staff. I have seen plenty of boards who are woefully dysfunctional—having no understanding of the differing roles of staff and boards, micromanaging, gossiping, etc.—but who nonetheless feel they are exceptionally professional because they are very precise and detail-oriented regarding the degree to which they use and adhere to Robert’s Rules of Order in their meetings.

I have some bad news: the emperor has no clothes. In fact, in my opinion the most effective boards rarely use Robert’s Rules of Order.

The reality is that most of us who claim to follow Robert’s Rules of Order really do not do so. There are several good reasons for this:

But, what about the rules for small boards?

I am aware that Robert’s Rules of Order recognizes that the full set of rules might not be appropriate for smaller board meetings and provides that small boards may want to use the “Informal Procedure for Small Boards.” In this scenario, in which a board formally adopts Robert’s Rules of Order but references and uses the informal procedures for small boards, someone—the board, a staff person, or volunteer—still has to know Robert’s Rules of Order and make sure the board is not violating one of the many other provisions in the 700+ page book. I question the value in adopting a set of procedures outlined in a 700+ page book when a few pages of this book say, in effect, “ignore 90% of what is in this book.”

There is Risk in the “Rules”

There are plenty of unintended consequences of using Robert’s Rules of Order. For example, doing so can be unnecessarily cumbersome or defer too much authority to a parliamentarian. There is also risk that a well-intentioned board or volunteer may inadvertently use an outdated version of Robert’s Rules of Order or overlook when an action conflicts with state law, the articles of incorporation, or portions of the bylaws.

A significant risk is also the unintentional failure to abide by the rules, which may allow someone with an agenda to question the validity of a decision that is made when the board did not observe “the proper procedure.” Attorney Susan Carlson refers to these and other risks when she wrote that “Robert’s Rules of Order can present more of a burden than a benefit to associations.”

Alternatives to Robert’s Rules of Order

It has been argued that having agreed-upon procedures for discussion and debate helps avoid the confusion and potential mistrust associated with making things up on the fly. This is a very good point, with which I agree. There are several ways to do this other than using Robert’s Rules of Order. One option is to use a different parliamentary authority. The Standard Code of Parliamentary Procedure and Democratic Rules of Order are alternatives that are much more informal and easier to use.

Another option is to adopt a conduct of meetings policy for the board of directors. Such a policy can set forth rules of conduct that are much more relaxed and informal than Robert’s Rules of Order but still address situations that may come up in a board meeting. A conduct of meetings policy can include, for example, the requirement that only one person speaks at a time and only when recognized by the chair. It could also include a requirement for attendees to be civil to one another and refrain from yelling or using personal insults.

What do you do if your bylaws designate Robert’s Rules of Order as the parliamentary authority?

First, pay attention to how it is referred to in the bylaws. In some bylaws, using Robert’s Rules of Order is required for membership meetings, but not for meetings of the board of directors. For example, look for phrases like “...the Board may adopt such rules and regulations for the conduct of its business as should be deemed advisable.”

Also, consider the use of special rules, which supplement or modify your parliamentary authority.

“This is what good boards do” is a justification for using Robert’s Rules of Order that I have heard occasionally from volunteers or staff. In many cases, this is not what good boards do. In many cases, this is what boards used to do 30 years ago, before being informed by studies around the importance of board culture, conflict management and generative thinking on board performance. The next time we are compelled by Robert’s Rules of Order to stand and obtain the floor before speaking to a 10-person Board, or when someone yells out “point of order” to the other three people in our meeting, let’s remind ourselves that we can and should do better than this.