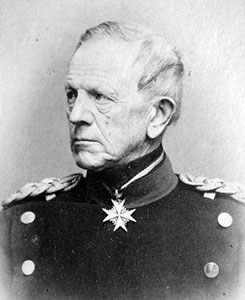 It is not uncommon for analogies to be drawn between business strategy and military strategy. One of my favorite examples is a 2016 article Australian consultant Graham Kenny wrote for Harvard Business Review. In it, he compares strategic planning in business and the military, citing an approach promoted by Moltke the Elder, Dwight Eisenhower, and Winston Churchill

In the article, Kenny explores a planning strategy credited to Helmuth von Moltke (1800–1891). The German field marshal, known as Moltke the Elder, believed in developing a series of options for battle instead of a single plan, saying “No plan of operations extends with certainty beyond the first encounter with the enemy’s main strength.” Today, “no plan survives contact with the enemy” is the popular reconfiguration of this concept.

Noted military strategist Mike Tyson also advanced this view of planning with what might be his most famous quote: “Everyone has a plan until they get punched in the mouth.

Explaining this to a Sun Sentinal reporter years later, Tyson shared that he uttered those famous words before a fight.

“People were asking me, ‘What’s going to happen?’ They were talking about his style. ‘He’s going to give you a lot of lateral movement. He’s going to move. He’s going to dance. He’s going to do this, do that.’ I said, ‘Everybody has a plan until they get hit. Then, like a rat, they stop in fear and freeze.’” It seems to me that Tyson was saying that you can plan all you want, but you’re going to get hit – probably when you don’t expect it - and it’s going to hurt.

Moltke the Elder, Churchill, Eisenhower, and, yes, Mike Tyson all knew that any strategy developed in a constantly changing environment must be regularly assessed and adjusted. They also know that failing to plan regularly is folly, as is stubbornly sticking to one plan or strategy in a changing, unpredictable environment. I have to confess that I’ve worked with boards that exemplify both extremes: not planning enough or focusing too much on the product of strategic planning rather than the process.

I also have worked with boards that have found a great balance between product and process. Enjoying and embracing the strategic planning process and de-emphasizing the product—or at least the permanence of the product—can lead to a more thoughtful process that increases participation and eliminates the pressure to create the “Magna Carta” of all strategic plans.

Our boards of directors are a world, a lifetime, and a purpose apart from Moltke the Elder, Churchill, Eisenhower, and Mike Tyson. When our boards meet, Moltke the Elder isn’t likely to be discussed, nor, hopefully, are military operations. There may be, however, good thoughtful discussion regarding the changing, unpredictable nature of our current environment and the need to periodically take measure of our environment, re-assess, and re-adjust.

With regard to strategic planning, are you focused on the product, the process, or both?