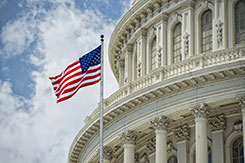 5 Reasons for Associations to be Optimistic about the New Administration

As the season of holiday gatherings winds down, I am sure that on more than one occasion a dinner was interrupted by unsolicited political banter. Around the association table, I would like to offer my gift of five reasons to be optimistic for the 115th Congress and the new presidential administration.