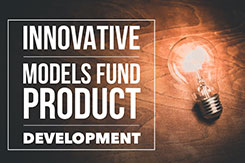 The American Pain Society’s (APS) beloved educational program Fundamentals of Pain was initially developed to educate and engage early career practitioners and researchers in the field of pain medicine in order to meet the growing need for research and practitioner support for those in pain. The Fundamentals program was held annually as a preconference to the association’s Annual Scientific Meeting and included education, mentoring, and networking components. In the beginning, it was 100% funded by a singular corporate funder.  However, after nearly a decade, the sponsor’s funding initiatives changed, and they decreased funding for the program. At the same time Fundamentals attendance slowly began to shrink.

APS knew it was time to look carefully at the program and plot its future. AMC Consulting Services was invited to offer a solution. In partnership with the AMC grants team, the first strategy was to identify possible new funders. Several were attracted to the work of APS and in investing in early career education, so we were able to diversify the funding stream and alter the historical funding model.

However, APS still had the issue of dwindling attendance and a desire to increase the value and visibility of its program. The health care landscape was also changing due to new research, the opioid crisis, and development of the National Pain Strategy published by the National Institutes of Health.

Committed to Mission, Open to Change

APS held fast to the mission of Fundamentals, which was to attract early career clinicians, researchers, and basic scientists in a multidisciplinary field of pain medicine. A proposal to revitalize this program was developed outlining tactics to increase relevance and transferability in practice. Collaboratively, AMC Consulting Services and grants professionals offered APS a nimble, flexible, and collaborative service, reached out to funders to support the program, and performed the market research required to create a new delivery model and identify new markets for the program. The data gathered helped to implement an interactive educational model that would provide high relevance to a target audience that previously had not been deeply involved in the organization.

Specifically, grant moneys funded a longitudinal assessment of past attendees in order to understand the degree to which the course offered transferability into their practice setting. Grant funds also supported environmental scanning and gap analysis focus groups among multidisciplinary target audiences. Because the program was designed for early career professionals and trainees in pain medicine, oncology, and psychiatry, staff developed a targeted marketing strategy which included outreach in the Pittsburgh area where the program took place.

The design of the course included trending topics offered in an interactive model to allow attendees to engage in discussion and learn from each other. Additionally, the course had live and on-demand elements, the latter of which were presented as a pre-requisite.  A follow-up web-based interactive session with faculty is planned to further discover application of this content into practice.

Engaging AMC Consulting Services and AMC’s Grant team allowed APS to obtain the timely data they needed to make decisions on the future of the Fundamentals program and implement the new interactive educational model in time for the Annual Scientific Meeting.