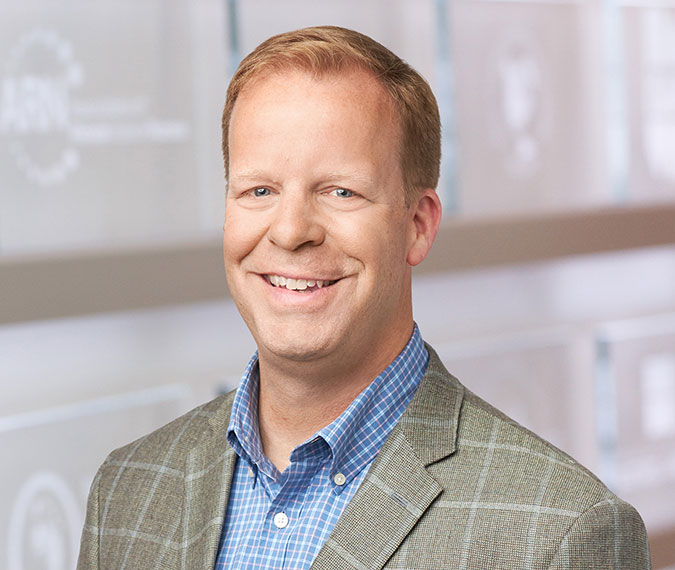 Steve Smith, MS CAE FAAMSE, became AMC’s CEO in April 2020. Prior to stepping into his role, Steve served as a vice president of client relations on AMC’s Leadership Team and as CEO for the American Academy of Hospice and Palliative Medicine (AAHPM), AMC’s largest association partner. In his role with AAHPM, Steve led a team of nearly 20 professionals who helped the Academy achieve more than a decade of unprecedented growth and development.

With a strong foundation to build on, Steve is excited to lead AMC through a new period of growth and transition that will be fueled by our association partners’ needs and the creativity of our staff. Steve is passionate about developing and leveraging AMC’s strength, which has always been its staff, to help clients achieve their missions. He knows that tapping into strengths helps people bring their best selves to the work they’re doing, which leads to better and more meaningful outcomes.

Steve relies on his own strengths—including strategy, communication and positivity—to ensure that AMC staff and the volunteer leaders of AMC’s partner organizations are well supported so they can achieve their missions. Steve believes in AMC’s mission and the missions of AMC’s client partners, which include more than 27 professional societies—primarily healthcare, medical, and scientific associations. In his role, Steve strives to be visible, accessible, and engaged with each client partner in a way that is comfortable and meaningful to them.

Steve’s lifelong passion for healthcare and aging led him to his career in association management. His interest in healthcare started early in life while he was visiting aging family members and developing intergenerational programs for students and nursing home residents in high school and college. He translated this passion into a lifelong career of serving associations who support those who are aging, their families, and other vulnerable populations seeking access to quality health care. “I am grateful to work with association leaders and professionals who care deeply about their work and each other,” Steve notes. “It’s an incredible and powerful partnership.”

Steve earned his bachelor’s in public relations with a minor in gerontology before obtaining a master’s in organizational communication and aging (gerontology). He worked for the Alzheimer’s Association National Office and the American Academy of Physical Medicine and Rehabilitation before joining AMC in 2007.